I Am Here to Fight Forever - Melanie Allred

"I didn't want to know the statistics, because I felt like I was going to live 100%”

Melanie Allred is vivacious, to say the least. She’s got a wonderful twinkle in her eye, despite way too much experience with cancer and chemo and radiation. Her son, Riley, has battled leukemia throughout his young life, enduring two bone marrow transplants, the second back in January of 2007. She herself endured a double mastectomy following her diagnosis, opting for DIEP flap breast reconstruction surgery.

Riley was just this summer declared—finally—cancer free. Melanie is doing great. Looking back, she says, “I still have all of his books that have every single lab that he’s ever had, highlighted and marked. I kept this very extreme journal and tests and this and that that he had.”

“I didn’t do that for myself… 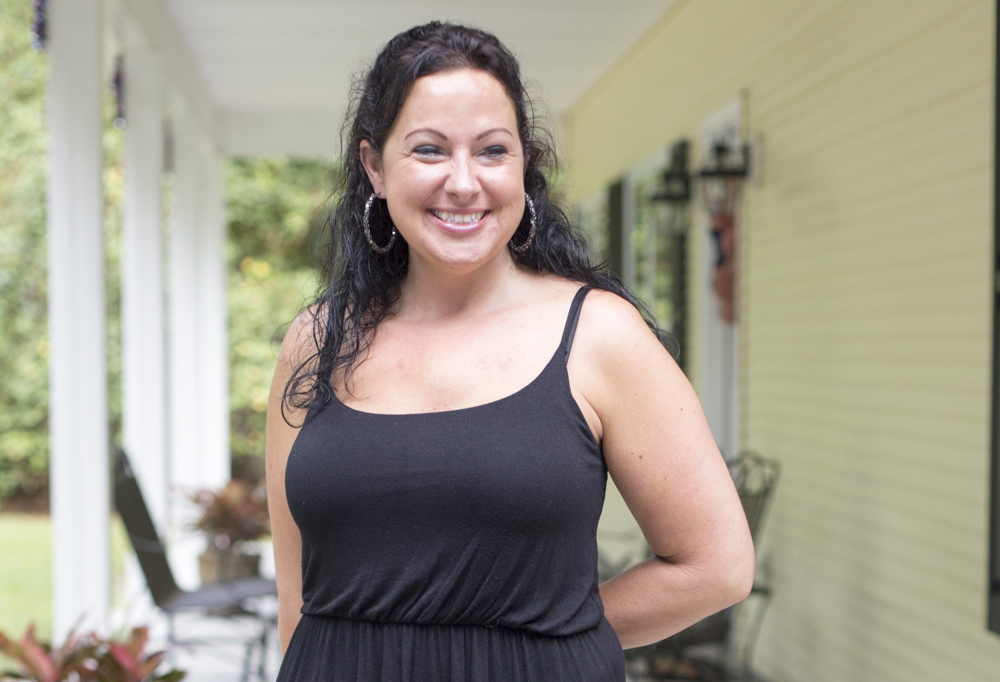 Melanie Was Diagnosed with Breast Cancer in 2012

“I was tanning one day and I found this lump in my breast,” Melanie says. “I am just going to start you from there…”

Melanie saw her doctor the next day, and the results came back way too fast.

“The radiologist said, ‘Ms. Allred,’ and I said, ‘Yes,’ and she said—now mind you I had had seven biopsies the day before and I was not expecting news this soon—and she goes, ‘They’re all malignant, and your doctor will be in touch so you have a good rest of the afternoon.’

“I looked at my husband, I said, ‘Oh baby, I think she just told me I had cancer, but I just got to take a minute…’  and then I’m like okay, just calm down, your kid’s been through this, what are you doing? You just got to calm down…”

Following her diagnosis—even before surgery—Melanie had already chosen the plastic surgeon to perform her breast reconstruction surgery. She chose Dr. Cliff Cannon, who was present during her double mastectomy.

“I made all my own doctors’ appointments,” Melanie says.  “I didn’t want to wait on the insurance company – we have Blue Cross Blue Shield, so we didn’t have to have referrals – and I just sort of worked my way through the system, because I had been through it with Riley.”

Her friend Stacey—they have been through it all together—had heard of this doctor, Melanie recalls, “named Dr. Cannon, who changes all his own bandages. She said, clean as you are as funny as you are about Riley’s transplant, you might really want to think about this doctor.”

She liked him right away:

“Bless it, he was just barely in the business, trying to get the word about the DIEP Flap and this and that, but I walked in there and he was so cool. He was taking pictures, because, well, he has to… he’s like we’re going to take some pictures from the side and some from the front and I had on camouflage pants and a tank top and I’m smiling, and he’s laughing. He had to put down the camera, all like, ‘You don’t have to pose!’”

But seriously: “Dr. Cannon sits you down and asks what you expect to get out of your reconstruction … and it’s nice to have a doctor like that, someone that can talk on your level and can talk to you without using so many doctor terms.”

“Dr. Cannon doesn’t try to be impressive with all that stuff,” Melanie says. “He’s there to help.” 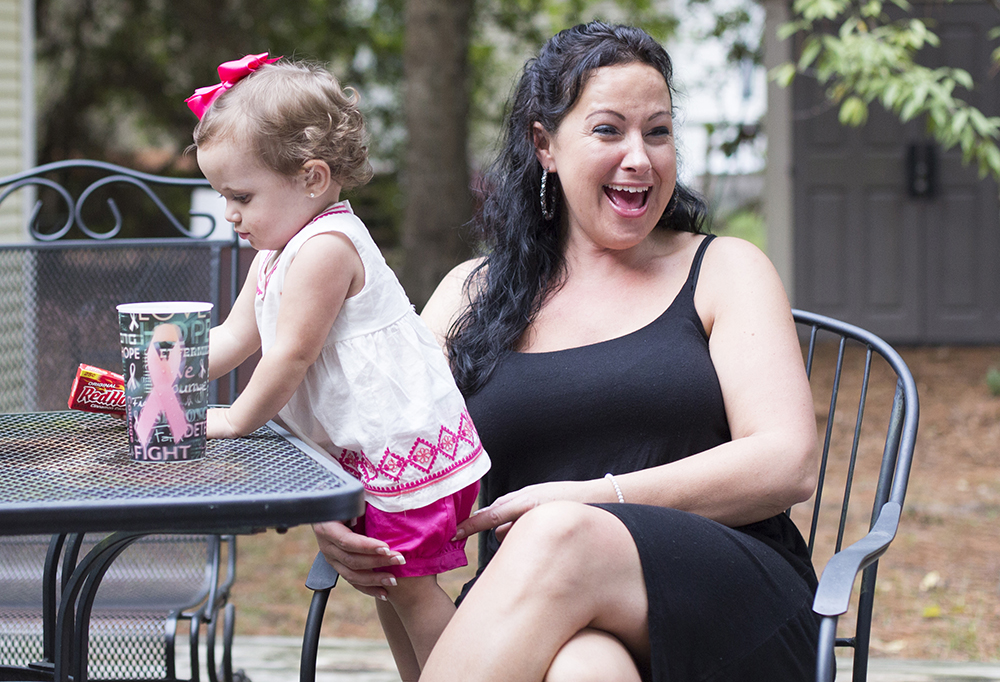 Melanie and her granddaughter.

Melanie found out she was sick on May 31 of 2012. She had double mastectomy two weeks later.

“Dr. Lewis–the oncologist–I don’t know if you’ve met him, but he is a precious soul. He is sweet and he’s aggressive and that’s what I wanted.”

Melanie reports that she was naturally a full C-cup, but by the time she had surgery, her breast was almost a double-D.  “As large as the tumor was,” she says, “there was a possibility of it scooting over to the other side and, really, deep in my gut, I didn’t want to think about having to go through all of that again.”

Melanie is a waitress here in Savannah, and she’s not shy about showing a little cleavage. She was certain that she wanted breast reconstruction surgery, and the DIEP flap is today regarded as the “gold standard” in reconstructive care for women following a mastectomy. During the multi-stage procedure, a skilled surgeon creates a “living” breast, borrowing skin and fat from the patient’s own abdomen. The result is a new breast that both looks and feels real. In Melanie’s case, she opted for implants as well.

Melanie endured a year and a half of chemotherapy.  In October of 2013, as she puts it, Dr. Cannon performed “the tummy tuck” and then, following her course of radiation treatment, she got her implants.

“I took my son trick or treating three days after I got out of the ICU, because I just cannot miss anything. That is me like, OH MY GOD…”

Looking back, she is pleased with the results of her breast reconstruction surgery. “I researched breast cancer and I have seen numerous pictures of women with scars and mastectomies, and I will tell you, Dr. Cannon has the best scarring I have seen. He is very meticulous about his stitching and where it goes, and now he’s bought Nancy in and she is just as steady as he is. She does an amazing job, too.”

“He also works with a doctor out of Louisiana, and Dr. St. Hilaire is also very nice, very chill.

“They have a great team going.”

Obviously, it’s been a long road for Melanie and her family, but everyone is now cancer-free. Her son was an inspiration, of course, and thanks to the experience of caring for him, she knew how to educate and advocate for herself every step of the way.

Thinking of others who may be diagnosed with breast cancer, she says, “In a funny way, I feel bad for people who don’t have experience with cancer and chemo, because there is so much on the Internet that is not true. That’s why it is so important to find a doctor you can talk to.”

“That is why I am so grateful for Dr. Cannon.”

“It was just little blessings that fell into place like that, all along the way.”

"God’s not going to give us more than we can handle. That’s what they say. Sometimes I have questioned that, but really, in the end, that’s how it is.” „