She wasn’t going to put up with, “This will do."

Dianne Mugerditchian was diagnosed with invasive breast cancer back in 1999. She had a lumpectomy, 33 radiation treatments, and a hysterectomy, and went on her merry way for 16 years. When in 2015 a mammogram revealed cancer in the other breast, she opted for a double mastectomy reconstruction as performed by Dr. Cliff Cannon.

“When I was first diagnosed at 45 I was so terrified,” Dianne says. “At age 61 I was mad. I lost my breasts because we were afraid—I don’t have the BRCA gene but I thought don’t let cancer take anything else!”

Dianne wanted implants (looking back she says, “That’s not something I thought I ever cared about…”) but she was a better candidate for a procedure known as DIEP Flap reconstruction, now considered the standard of care in natural breast reconstruction.

“My results are great,” Dianne says, “and I would make the same choice all over again.” 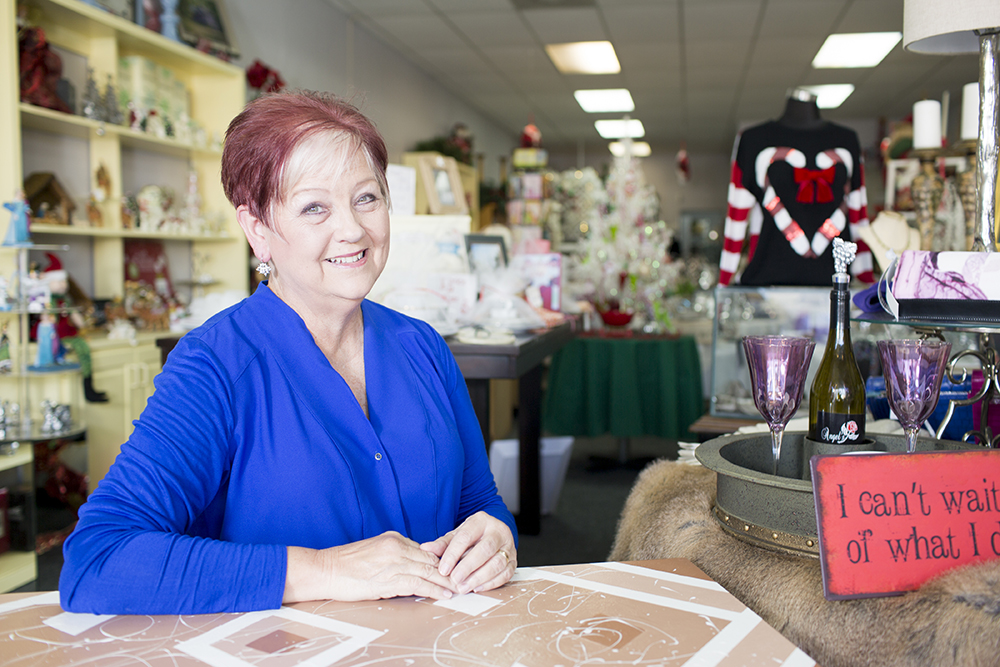 “I had done my research,” Dianne says, recalling her second diagnosis. “I went back and told my doctor, Doctor Burak, ‘I am probably just going to need to go ahead and have a double and I think I want breast implants.’” She would need a plastic surgeon, and so was referred to Dr. Cliff Cannon.

“That first meeting I was talking to his P.A .who is just a doll… that whole office.  Here I am just wanting to get it over with, and everybody there was so friendly and nice. And Cliff – Dr. Cannon – I love him… I talk to him now just like he’s one of my kids.”

Unfortunately, during that first meeting, Dr. Cannon had to explain that since she had had radiation, he couldn’t recommend implants. Radiation toughens the skin, such that it won’t stretch to accommodate an implant. She was, however, an excellent candidate for the DIEP Flap.

Dr. Cannon went minute-by-minute step-by -step with everything that was going to happen.

“I had heard of people having the TRAM Flap and I didn’t think they looked any better than they did when they went in,” Dianne says.

“With the DIEP Flap, they go in-between the muscle versus cutting the muscle, so that’s what we decided on. He explained it to me, and I was just fascinated by the whole thing, and when he found out it didn’t bother me he started showing me pictures.”

“I went home and did all my reading,” Dianne says, “I read up on him and I read up on Dr. Hugo St. Hilaire from New Orleans—everyone who would play a role on the surgery – we had two visits before the actual surgery –and Dr. Cannon went minute-by-minute step-by -step with everything that was going to happen.”

Sometimes You Just Go on Your Merry Way

In some ways, Dianne was lucky — her previous doctor almost missed the diagnosis.

She found what she thought was bug bite of some sort, because it itched. Eventually, it developed into a lump. “They did the mammogram, but didn’t think there was anything to it… said let’s check again in six months.” At that point, Dianne changed primary care doctors. Her new provider said, ‘We’re not going to wait six months!”

Dianne had already been through all this once before. The first time she was diagnosed, she argued with her doctor about one particular white spot looking the same as any of the other white spots on her mammogram.

“I was only 45 the first time, which is pretty young to have breast cancer… of course, we laughingly know there’s know age, but back then 45 was considered young. I had a lumpectomy and 33 radiation treatments. My cancer was estrogen and progesterone positive, so I had to have a hysterectomy, but after that I went on my merry way for 16 years.”

On Identifying as a Survivor

“I became a big advocate for mammograms and self-breast examination, but that was all kind of a farce, because I didn’t have a lump the first time. It was just a spot on the x-rays, which made it not quite real to me, if that makes any sense.”

For years, Dianne was the Musical Director for the children’s theater for years in her hometown of Jesup, Georgia, and she remembers her first battle with breast cancer. It never slowed her down. “We had a production that I didn’t miss that summer. I think it was Aladdin. I remember trying to sell tickets to the girls at the radiation center.

“I participated in the Relay for Life a couple times after the first cancer,” Diane says. “They have it every year in May, but I felt like I would see all of these really sick people and here I only had a little bit of cancer in my breast. I just didn’t feel like it was that big a deal.”

“I only cried a couple of times that whole time, and one of those was because the home health person asked me my weight and it just threw me for a loop. I told her it wasn’t any of her business! And it didn’t have anything to do with my breast, and that was the only time I acted out that whole time.” 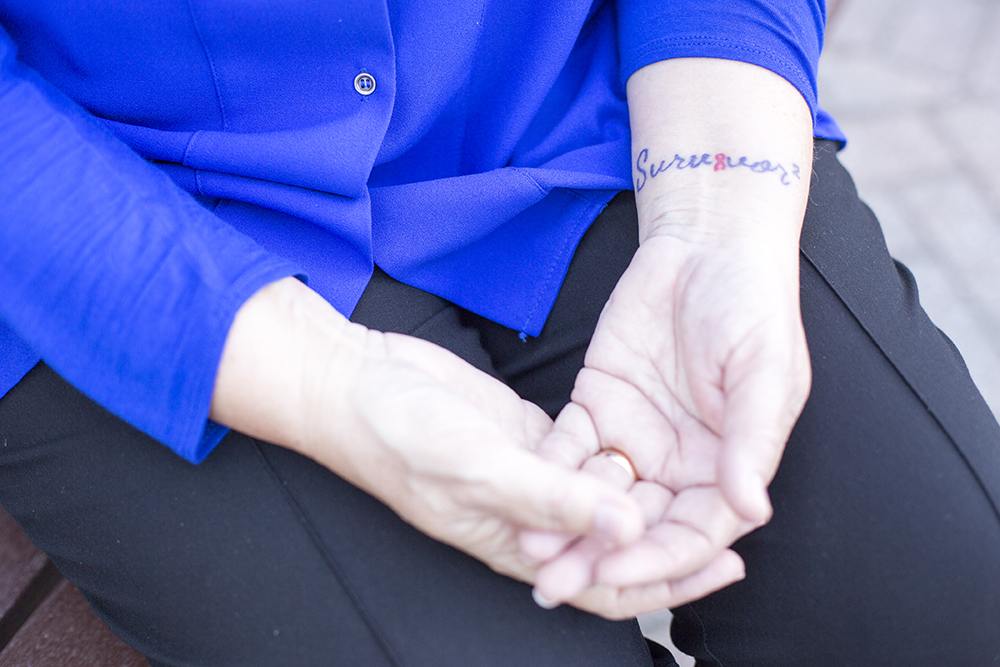 In 2015, because this new cancer was hormone receptor positive, doctors removed 15 lymph nodes in her arm. “That was the hardest part of getting back,” she says, “was getting my arm working again.”

Dr. Cannon performed her reconstruction on the same day as her double mastectomy. After that, Dianne spent 5 days in the ICU and two more in a hotel before she was readmitted. “I thought I was fine, but I guess I was on some pretty nice drugs,” she recalls. “Dr. Cannon said, ‘No, I see some redness, I don’t like it… so he put my butt right back in the hospital, and he would come see me late at night every night, and he was right there with me for every step of the way.”

“I have to tell you,” Dianne says. “I have had four babies, and the last two I had natural childbirth, so I know when I hurt. I don’t remember a lot of pain with this surgery… I was amazed and impressed.

“The one thing Dr. Cannon kept stressing was, ‘When you come out of surgery, I don’t want you moving. I want you to assume the beach chair position and just chill.’ My husband laughed. He said, ‘She can’t stay still for five minutes.’ People tell me, when I tell them about the reconstruction, ‘I don’t believe I would go through all that!’ but I got so good at that beach chair position!”

“It slowed me down made me think about what I was doing and what I wanted to do, because I like life and to live. My husband, Dan, he changed my bandages and drove me to every appointment and we had the best time getting to reconnect just together, and I can’t wait for what’s next.

“We are having a whole lot of fun.”

That whole office, the first time I went in there it was like... Here I am just wanting to get it over with, and everybody there was so friendly and nice. „